What Is Mild Autism In Children? 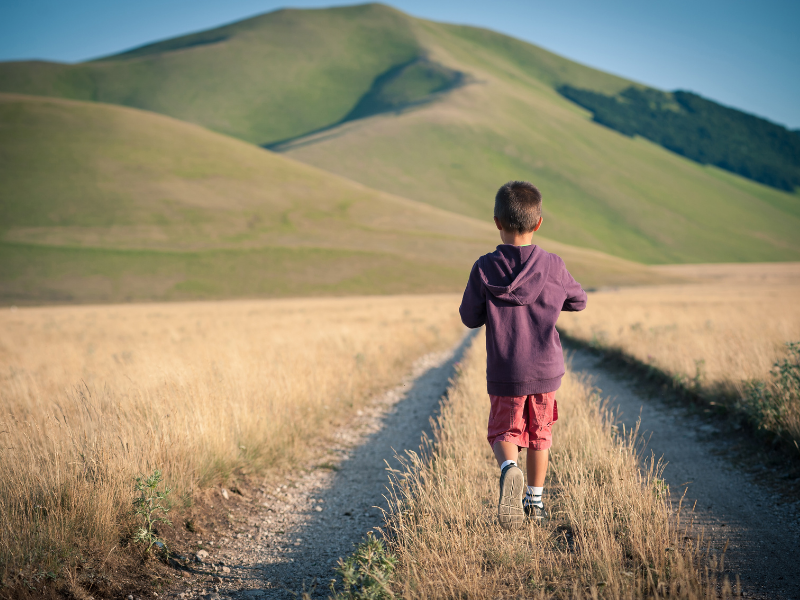 People often have only one specific idea of what they think autism looks like and it’s usually the severe kind. They think it’s having little to no social or communication skills. Or it could be an inability to make eye contact, and a hypersensitivity to sounds and change.

To these people, having autism automatically means you can never live a full life and you will always need someone else to care for you.

But the truth is, autism has a spectrum and symptoms vary from mild to severe. In fact, an individual with mild symptoms can be social, bright, and able to live on their own.

In today’s blog, we’re going to explore the mild end of the autism spectrum and what symptoms parents can look out for. If you’re curious to know more about milder cases of autism, read on!

What is Mild Autism?

Now, ‘mild autism’ is not an official diagnosis. While there are many types of autism, all of them have since been merged into one official diagnosis called Autism Spectrum Disorder (ASD). This is because the differences between symptoms can be subtle and difficult to distinguish.

An ASD diagnosis includes every level of intelligence and degree of communication and social capabilities. It puts less emphasis on where a child is on the spectrum and more on assessing the type of care they will need. However, a doctor or therapist can still specify an ASD diagnosis further if it is helpful to families.

While severe cases typically show symptoms before the age of 3, milder autism symptoms in children, especially girls, usually appear late. They can go unnoticed and undiagnosed until a later age, like 5 and above.

What are the symptoms?

The American Psychiatric Association’s diagnostic criteria for autism has three levels and they are categorized depending on the level of support that will be required. Levels Two and Three have middle to severe symptoms ranging from reduced ability to communicate to significant verbal impairment. These symptoms would require a child to have daily support up to their adult lives.

Level One symptoms of autism are considered mild and require only minimal support. These symptoms include the following:

– a little interest in social interactions or activities

– a struggle to make friends

– a trouble with reading social cues and body language and

– some issues adapting to change

Despite these, children with Level One symptoms grow up to be individuals that are capable of living independently. With the right kind of support, they are more than capable of working on the symptoms mentioned above.

Two outdated terms for a type of mild autism that doctors or therapists may still use are Asperger’s Syndrome and Broad Autism Phenotype. Children falling under these types are considered high-functioning, with only slight challenges in communication and social interactions.

Autism is diagnosed in boys far more often than in girls because the classic symptoms can be more or less noticeable in one than the other.

One example of this is boys having a borderline obsession with toys such as trains or trucks, or with dinosaur trivia. Girls don’t often get the chance to play with these kinds of toys. Instead, they are displaying symptoms through arranging and dressing their dolls in a certain way. This can be less noticeable and merely attributed to girls being more neat and organized.

Social skills are also more innate in girls. They are able to mimic average social behaviors and therefore make it more difficult to notice any symptoms.

How is it diagnosed?

There is no blood test for diagnosing autism spectrum disorder. Instead, medical specialists observe and evaluate children’s behavior. They monitor their development to determine whether a child has a mild or severe case. These should include screenings for hearing and vision, as well as an interview with the parents. They will ask you questions about your child’s behavior to see whether they meet standard developmental milestones.

But whether symptoms are mild or severe, an early diagnosis and treatment can significantly improve the outcome of a child’s disorder. Long-term positive effects are associated with early check-ups.

If you’re unsure of whether your child may have ASD because their symptoms are mild, it’s best to have them checked right away. Feeling the need to get them diagnosed is usually already a sign they may have ASD. You can consult with a developmental pediatrician, a child neurologist, or any psychiatrist or psychologist. These specialists are best equipped to give you a comprehensive diagnosis. They can also develop a treatment plan for your child.

In conclusion, each child with ASD has their own unique needs. It’s more important to find treatment that addresses your child’s needs rather than focusing on where they land in the spectrum.